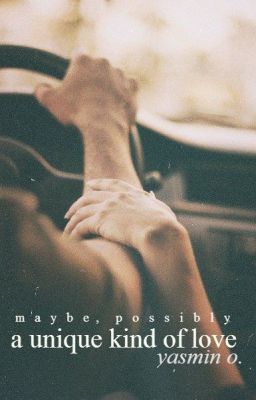 Lena Rose Winter is a typical seventeen year old girl, or so everyone thought. She has a secret, something she hates talking about. She knew what love is, and she dreads it especially after losing someone close to her heart.

Liam Christopher Black is far from your typical bad boy. He’s a good guy, the one who sits at the back of the class, not making any sound. They say that time heals everything, but he’s nowhere near being healed especially after the news of his family dying in a car crash traumatized him enough for him to lose his voice.

Becoming friends with someone is a risk, because you could always end up caring too much, but Lena is willing to face it. She fought for the boy and for his friendship that they ended up falling for each other. HARD.

It seemed as if the world don’t want them together as they face struggle after struggle to beat the odds. But will the risks be enough for their relationship to survive? And amidst the trials and bad experiences, will both of them learn to truly love again?

In general I am not a huge fan of contemporary books, nor am I a fan of cheesy romance. This book however was absolutely brilliant in my opinion! It is very realistic, unlike many ” fairy-tale perfect romances”. There isn’t a ”
Perfect prince” but there is a boy (Liam) who has lived through the death of many people that he has loved, and that has become mute. There is a girl (Lena) that is trying to find her herself, deal with a new school all whilst falling in love.

They started of as friends, there was no insta-love! As he is mute, she learns to understand him just by looking at him, which I think is adorable. Through their love, Liam finds his voice, which does sound cheesy, but it isn’t to do so much with the fact that Lena loves him. Its that she showed him how to move on from his past, and not let it dictate his life.