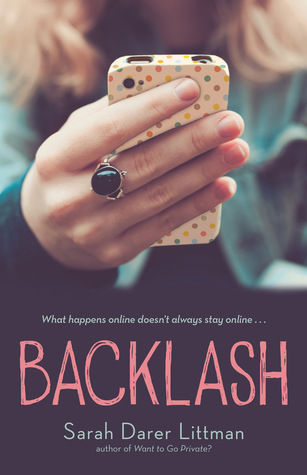 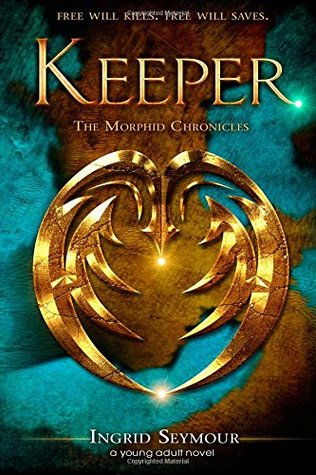 For fans of The Mortal Instruments series.

Samantha thinks of herself as human, ordinary, and a little too full around the hips—a super cute look for a future chef, if you ask her. And she’s sort of right, except about being ordinary…oh…and human. She also won’t be full around the hips for very long, not with the inevitable metamorphosis coming her way.

In her oblivious existence, all she can think about is going to culinary school, away from her uncaring, bordering-on-hateful parents.

But all that is about to change when Greg—an otherworldly, amazing-looking guy—saves her from an unexpected magical attempt on her life and informs her that he is her Keeper, compelled to protect her even at the cost of his own life. Oh, and by the way, that she isn’t human, after all.

The attempts on her life become commonplace and secrets and threats from a dark, forgotten past reveal themselves and send her life into turmoil.

As Samantha tries to come to terms with this new reality, she must rediscover herself and face the possibility of being the key to the survival of a dying race. Forbidden” focuses on the lives of  Lochan (17 – later 18) and Maya (16). Unlike their classmates and peers they have been forced to live a life of poverty and hardship due to parental neglect. Lochan and Maya take on the role of ‘parents’ to their 3 younger siblings. This prompts a romantic relationship between them and they are led to believe that they shouldn’t be biologically related.

Lochan is portrayed really well and I was able to feel every emotion that he felt and really relate and empathise with his character. I felt his shame and awkwardness with the social anxiety that he experienced, which is probably why I became so understanding of his relationship with Maya. She is his rock and helps him survive through all of his hardships, be it at home or at school. He’s a troubled guy which is apparent from the very first page, but he has many sides and non of them are bad.

As mentioned before Maya is really supportive when it comes to Lochan and helps him to take care of their siblings. Even though she is only a year younger than Locha she is portrayed as being extremely childish and naive, which annoyed me a little at the start. In my mind she is supposed to a typical 16 year old girl with friends and crushes that has a tough life but isn’t mentally or socially distraught like Lochan, however she seems to jump between being normal and extremely timid. Lochan’s character that has been built up around his timidity, but Maya is supposed to be outgoing and ‘normal’ to balance him out.

Kit was the balance that those two characters needed because he forced both of them to realise that even though they do take care of him and his sibling, they aren’t his parents. I loved the fact that he was younger but wiser. We were able to see a frustrated 13 year old boy that wanted to rebel and gain attention from his neglective mother as well as showing Lochan that he wasn’t going to let him be the boss, yet towards the end we see that he isn’t naive and understands the importance of keeping his family away from social services.  The other two siblings were just used as props to reinforce the fact that Maya and Lochan were not just siblings, they were parental figures to 3 young children.

Everyone needs to read this book at some point in this life because it really explains another side of life that many of us have never encountered or thought about. Everyone should learn of the consequences that follow child neglect. This book made me laugh and cry, I hate and I love it. I would recommend this to everyone aged 16+.

When fifteen-year-old Clary Fray heads out to the Pandemonium Club in New York City, she hardly expects to witness a murder― much less a murder committed by three teenagers covered with strange tattoos and brandishing bizarre weapons. Then the body disappears into thin air. It’s hard to call the police when the murderers are invisible to everyone else and when there is nothing―not even a smear of blood―to show that a boy has died. Or was he a boy?

This is Clary’s first meeting with the Shadowhunters, warriors dedicated to ridding the earth of demons. It’s also her first encounter with Jace, a Shadowhunter who looks a little like an angel and acts a lot like a jerk. Within twenty-four hours Clary is pulled into Jace’s world with a vengeance, when her mother disappears and Clary herself is attacked by a demon. But why would demons be interested in ordinary mundanes like Clary and her mother? And how did Clary suddenly get the Sight? The Shadowhunters would like to know…

Exotic and gritty, exhilarating and utterly gripping, Cassandra Clare’s ferociously entertaining fantasy takes readers on a wild ride that they will never want to end.

Plot – City of Bones is a strong start to the series. It is certainly not the best book in the series, but it does give us a clear intro to the shadowhunter world and its badass characters. The plot was interesting and fast paced which is good because it is a fairly large book but I flew through it. It has a good balance of character development, world building and action.

Characters-  Jace reminds me of myself at times with his witty humour and stellar sarcasm. Even when he is being an idiot I love him as a character and I think that even though he is but a character, he is portrayed in a very realistic manner. Even though he does fit the stereotype of the ‘Golden boy’ he also makes mistakes and isn’t perfect.

Clary annoyed me at times because she just came across as whiny and useless, but towards the end it was clear that she was growing out of her childish antics and becoming a true shadowhunter. Her friendship with Simon was really cute and I loved how Simon was portrayed as the awkward nerdy type.

Izzy is perfection. She is badass and doesn’t coddle Clary unlike many of the other characters. She helps Clary step out of her bubble and enter the real world. Plus she owns a whip and is absolutely stunning… I mean how much more convincing do you need of the fact that she is amazing? Lastly, Alec… every book has to have a brooding character that hovers in the background and cause conflict even though the protagonists have world threatening issues to deal with. I don’t like his character because he doesn’t come across as a very nice person but I know that his attitude will change throughout the series.

Overall this is an awesome series that everyone should read! Cassandra Clare is amazing! x