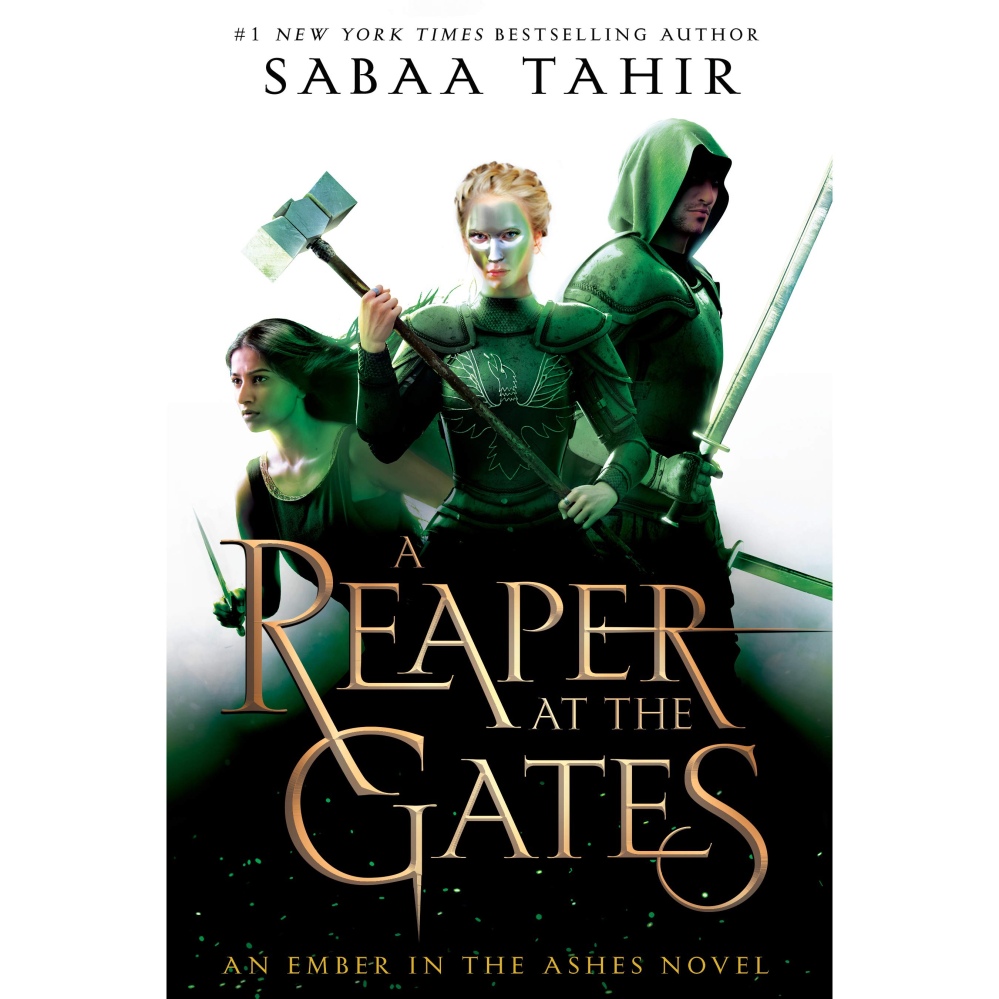 Beyond the Empire and within it, the threat of war looms ever larger.

The Blood Shrike, Helene Aquilla, is assailed on all sides. Emperor Marcus, haunted by his past, grows increasingly unstable, while the Commandant capitalizes on his madness to bolster her own power. As Helene searches for a way to hold back the approaching darkness, her sister’s life and the lives of all those in the Empire hang in the balance.

Far to the east, Laia of Serra knows the fate of the world lies not in the machinations of the Martial court, but in stopping the Nightbringer. But while hunting for a way to bring him down, Laia faces unexpected threats from those she hoped would aid her, and is drawn into a battle she never thought she’d have to fight.

And in the land between the living and the dead, Elias Veturius has given up his freedom to serve as Soul Catcher. But in doing so, he has vowed himself to an ancient power that will stop at nothing to ensure Elias’s devotion–even at the cost of his humanity.

This book was so good! 🖤

When I began this series Helene Aquilla was portrayed as an antagonist but throughout this series I have forgiven her for everything and began praying that she stays alive! Her new romantic interest is so subtle and beautifully portrayed! I’m so happy she finally got over Ellias and is has someone that truly cares about her!

I find the supernatural element of this series so interesting and with each book there are more and more revaluations! There is so much magic and secrecy throughout this series! Each book so far has dropped a massive bombshell of a revaluation and I for one can say that I did not see it coming.

Laia has grown so much as a character and she is a lot less annoying now! She has become strong and a leader yet throughout all of the trials she’s been through, she hasn’t lost her morality! Her and Ellias are simply perfect and I hope they have the chance to finally be together with no issues.

Marcus is also such an interesting character and he is descending further and further into madness through his guilt. If anyone has ever seen ‘Reign’ (The Tv Show), then you’ll know what I mean when I say that Marcus reminds me of the king.

The only downside to this book was that it lost me a little bit at times! It was very political and there was a lot of plotting and planning which sometimes got a little confusing. Overall this was a very emotional book. I can’t wait for the final book to come out!